Double slit experiment: what does quantum theory reveal about reality?

For an experiment that would overturn the ideas of the great Isaac Newton about the nature of light, it was designed to be amazingly simple. In November 1803, the English physicist Thomas Young assured the members of the Royal Society in London that it could "be repeated with great ease wherever the sun shines." It was about a momentous demonstration, one of the most famous laboratory experiments of all time: the double slit experiment. Young had developed it to prove the undulating nature of light - and at first it seemed to be right.

With his double slit, he refuted Newton, who believed that light consists of particles, so-called corpuscles. But it wasn't that simple after all: about 100 years later, with the birth of quantum physics, it became clear that light actually consists of tiny, indivisible units of energy or "quanta", the photons. But sometimes it also behaves like a wave. 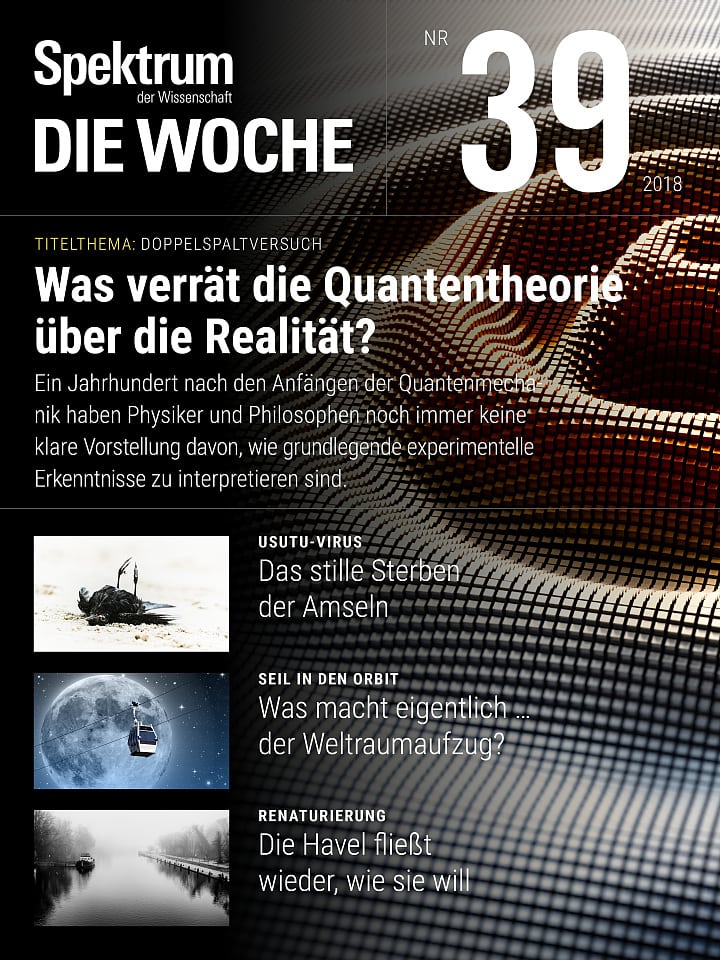 Basic questions about the nature of reality

Since then, researchers have long thought further and developed Young's experiment further. For example, you investigated what happens when you send individual photons or the building blocks of conventional matter such as electrons and neutrons through the double slit. This raises new, fundamental questions about the nature of reality.

In the modern version of Young's experiment, individual particles of light or matter fall onto two gaps in an otherwise opaque barrier. On the other side is a detector that registers the arrival of the particles, for example a photographic plate. Common sense leads us to expect that the individual objects either go through one or the other opening and pile up one after the other behind the slits.

But they don't do that. Rather, they just fall on certain parts of the screen and avoid others. This way, alternating light and dark stripes are formed. Such interference patterns generally arise when multiple waves overlap, and they were what was observed in Young's original experiment.

When the mountains of one wave meet the mountains of another, this leads to constructive interference (light bands); if they encounter wave troughs, the interference is destructive (darkness). But here only one photon runs through the device, and it therefore seems as if each light particle passes through both slits at once and interferes with itself. That makes no sense in the picture of classical physics.