Was sold to JCPenney

New owners want to make US retailers fit for the future

Now it's official: JC Penney has been saved for the time being. Simon Property Group (Simon) and Brookfield Asset Management (Brookfield) have essentially acquired the retail and business (OpCo) assets of JC Penney.

Simon and Brookfield had already expressed their interest in the ailing retailer JC Penney in September and signed a non-binding letter of intent together with other creditors. The consortium has now been awarded the contract and the sale has been completed after the purchase agreement had previously been approved by the US bankruptcy court. According to the September contract, the Simon and Brookfield consortium offered about 1.75 billion US dollars (1.48 billion euros) for the ailing retailer. 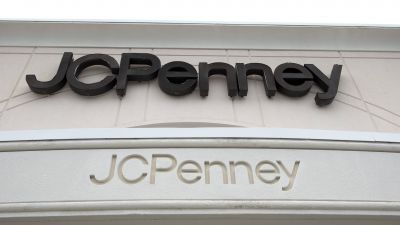 Simon and Brookfield want to save JC Penney

Best intentions. The US shopping mall operators Simon Properties and Brookfield Properties want to take over the assets of the insolvent department store chain together with the first pledgee of JC Penney. The aim is to keep the group alive in its original form.
"Today is an exciting day for our company as we have achieved our goal of putting JC Penney on a safe path as a private company so that we can continue to serve our loyal customers," said Jill Soltau, chief executive officer of JCPenney . The operating company has left Chapter 11 and is now being continued by the new owners.


"We have always had firm faith in JCPenney and are thrilled to be supporting this iconic institution and saving thousands of jobs," said David Simon, chairman, chief executive officer and president of Simon Property Group. They wanted to use their knowledge and relationships with the industry to transform JCPenney with new innovations and offerings, said Brian Kingston, CEO of Real Estate at Brookfield Asset Management.

The court has approved the company's reorganization plan to create separate real estate holding companies ("PropCos") comprising 160 of the company's real estate investments and all of its own distribution centers. The sale also gives JC Penney approximately $ 1.5 billion in new funding.
<?