What's next for space stations

Is the next space station between the earth and the moon?

With the end of the International Space Station in sight, ESA appears to have exciting plans for the next human outpost in space. The ideal place for the new space station is much further out - as a base camp for exploring the moon. 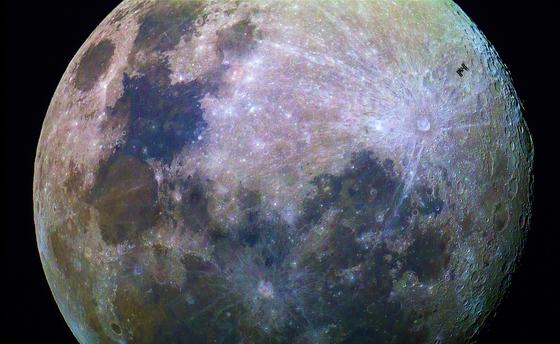 A fantastic image of the moon by the amateur photographer Dylan O'Donnell, taken on June 30, 2015 in Australia: the International Space Station, which is passing the moon at a speed of 28,800 km / h, can be clearly seen on the right. O'Donnell only had a third of a second to take the picture, and then the ISS was already back in the dark. The ESA is apparently planning a space station much closer to the moon than the ISS.

It is the time when constellations in space are rearranged. Not those of the natural heavenly bodies, but of man-made ones. While the International Space Station ISS is scheduled to end in 2024, the emerging space nation China is getting ready to position its own space station in space.

But the European Space Agency ESA is also thinking ahead and confirming plans for the next human outpost.

"We've just scratched the surface of the moon."

It would be much further out than before, between earth and moon and serve several purposes at the same time. From there, exploring the moon as well as jumping or traveling to our solar system would be easier.

When the British astronaut Tim Peake gave a press conference a week ago on the occasion of his return from the ISS in Cologne, the visions for a new space station received further nourishment. He would immediately go on another space mission again, said Peake at the German astronaut center. “The dream would be a moon mission. Probably no astronaut would refuse that. " 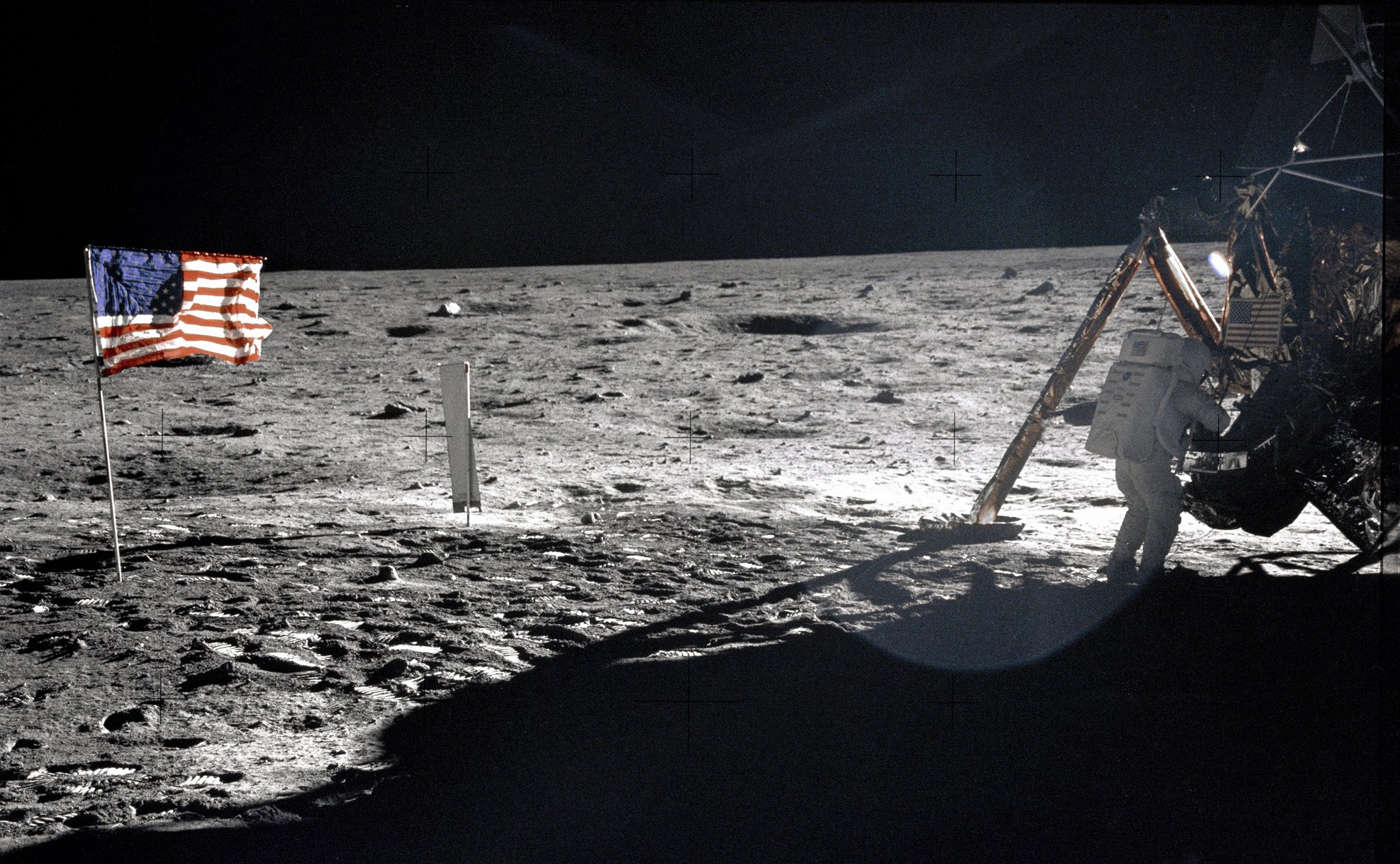 US astronaut Neil A. Armstrong on the moon on July 20, 1969, photographed by his colleague Edwin E. Aldrin Jr. ESA now wants to focus more interest in space travel on the moon, which has hardly been explored, says ESA manager Dave Parker.

For Dave Parker, responsible for manned spaceflight at ESA, the plans for further exploration of the moon and in this context for the construction of a new space station are already within reach. “That would be our habitat in deep space, a new place where we can learn how to live in space. A kind of base station from where we explore the solar system and the surface of the moon. "

The new space station would initially house an international team of four astronauts. They would have to manage with minimal resources, use solar energy, grow food, and recycle water and waste. “We want to go back to the moon. We just scratched the surface, ”said Parker. One is now ready for the next mission, which will go beyond the ISS. Parker said the issue would be discussed further at the ministerial conference in Lucerne later this year.

While the ISS has been Earth for 17 years, the position for the new space station would be deep in space, most likely at one of the Lagrangian points. 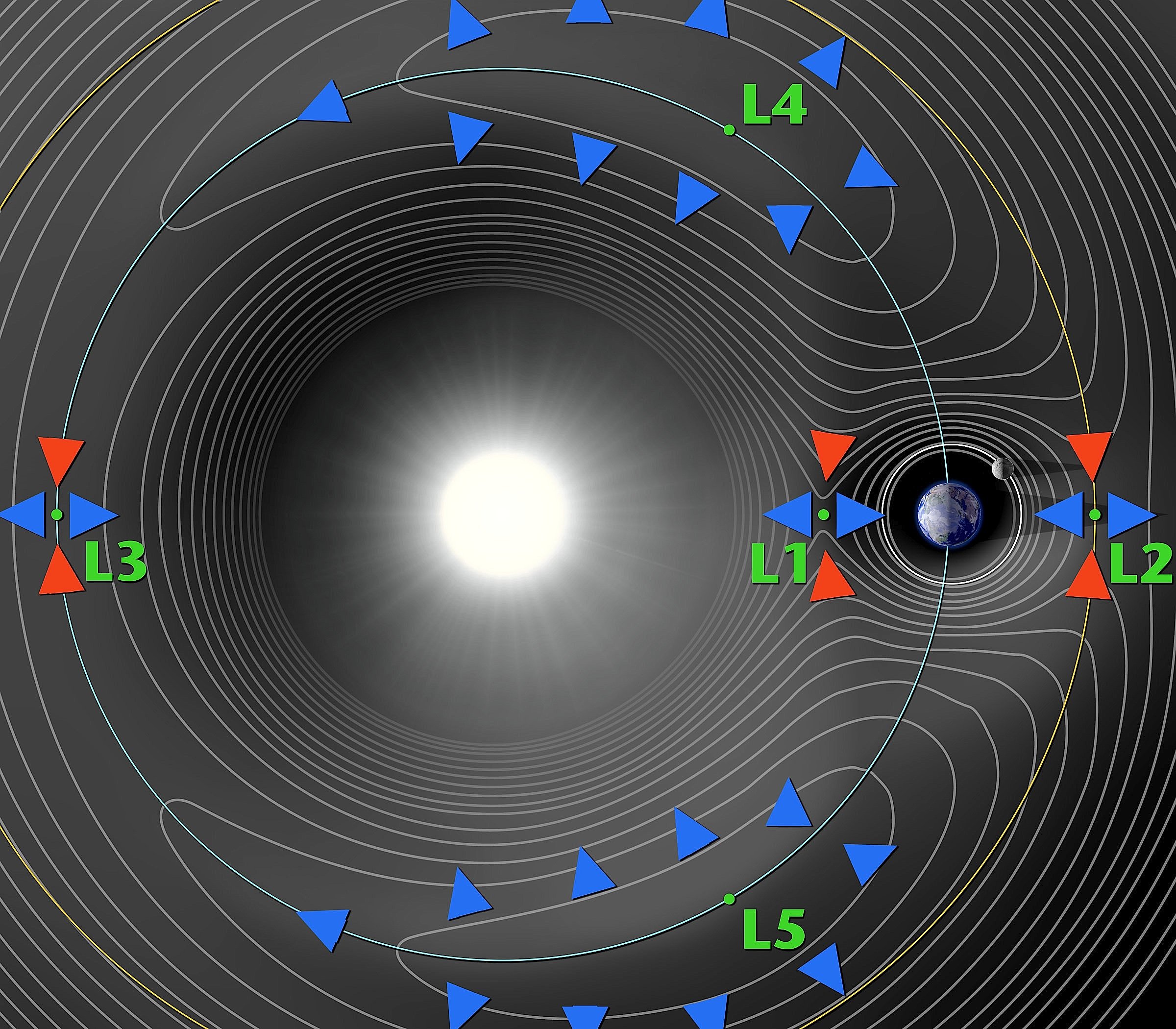 The Lagrange points L1 to L5 in the sun-earth system: At the five points, the gravity of the sun and earth are in equilibrium. These points also exist between the earth and the moon. A European space station could be safely positioned on one of these points.

The points named after Joseph-Louis Lagrange are places in which a gravitational equilibrium occurs between two celestial bodies, so that a space probe appears to remain at this point. This means that few or no maneuvers at all have to be carried out there to correct the position. There are five such equilibrium points (from L1 to L5) in such systems, including in the Earth-Earth Moon system.

L1 lies between the earth and the moon, at a distance of 326,000 km (measured from the center of the earth). From there, missions to the Earth-facing side of the moon could be coordinated excellently and the astronauts could get to the moon's surface within a few hours. 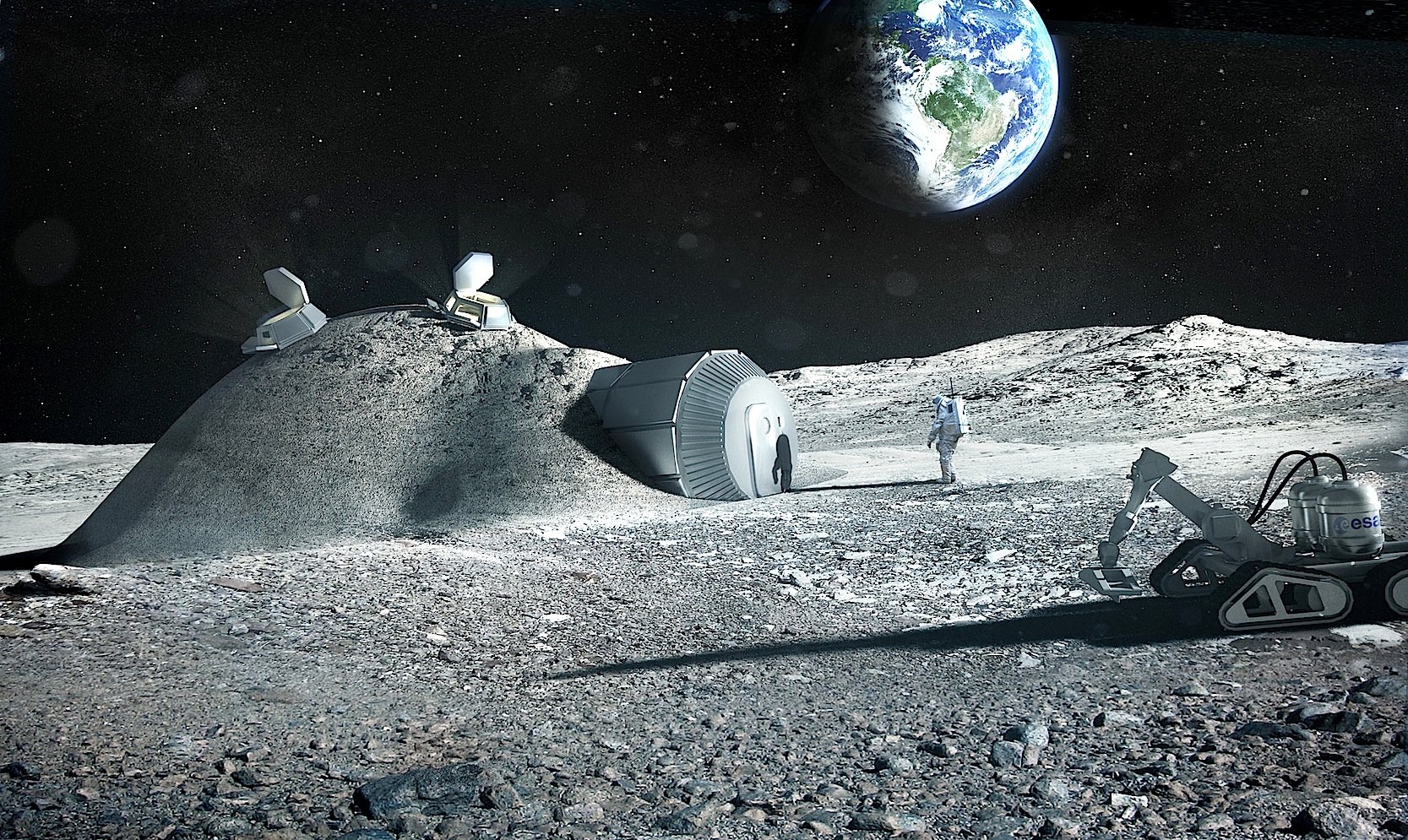 This is how ESA and the architecture firm Foster + Partners envision a possible space station on the moon. It should be created with the help of 3D printing processes.

On the other, dark side of the moon, point L2 is 449,000 km away. This is an ideal position to station radio telescopes without interference from Earth. L3 is out of the question for a base camp, because the point is in the Earth-Earth Moon system on the other side of the earth, 381,500 km away.

L4 and L5 are both in the vicinity of the moon, in its orbit and have the great advantage that a probe would hold its position there in a stable manner without corrective maneuvers. In the case of L1 and L2, however, gravitational disturbances would have to be compensated for with maneuvers. The disadvantage of all Lagrange points - from the astronaut's point of view - is that they lie outside the protective magnetosphere of the earth. The threat to humans from solar winds and harmful cosmic rays would be enormous.