Can we move things with our minds? 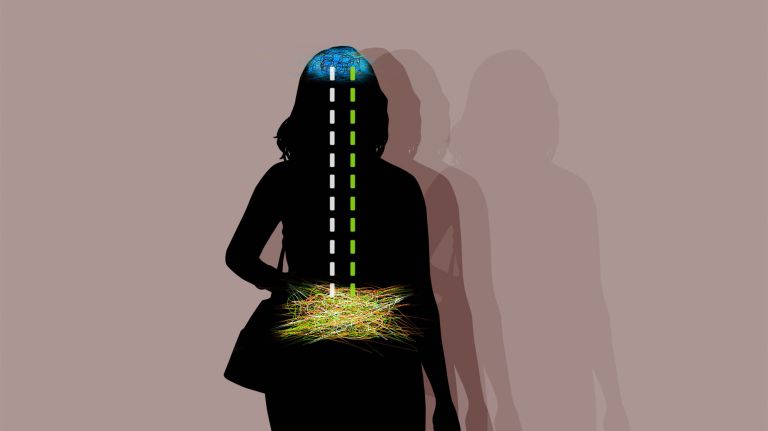 Humans are not machines: feelings control many of our actions. However, reason also has a say. Anyone who wants to make complex decisions should rely on their intuitive experience.

The Portuguese neuroscientist António Damásio from the University of Southern California sees so-called somatic markers - quasi body signals - as the basis of all human decisions. The prefrontal cortex is also home to the ability to perceive body sensations - and according to Damásio, these somatic markers help us to think by making preliminary decisions and pushing us in a certain direction without us being aware of it.

It has been proven that the working memory in the prefrontal cortex is overwhelmed when making decisions that involve a large number of different factors. In a 2006 study by the Dutch social scientist Ap Dijksterhuis from Radboud University Nijmegen, test subjects had to choose the best car among many. If there were only four categories that played a role in the decision - such categories were, for example, fuel consumption, performance or storage space - then the test subjects made a qualitatively better decision if they could think about it in peace. If, however, twelve factors had to be taken into account, those subjects who were distracted while thinking and who made more intuitive decisions made the better decision.

"The heart has its reasons, which reason does not know," wrote the French mathematician and philosopher Blaise Pascal (1623−1662). And indeed: Many decisions that humans make can neither be explained nor understood with reason - mostly not even by the person who made them. Did the head decide, the gut - or something completely different?

Reason sits in the frontal lobe

When a person thinks rationally about a problem, weighs up the advantages and disadvantages or plans his future, he uses the frontal frontal cortex, the prefrontal cortex.This area of ​​the brain is connected to the limbic system, the seat of feelings, and can keep emotions under control - if that is just reasonable. The economic model of Homo oeconomicus is shaped by the idea that every consumer thinks through the costs and benefits of his decisions in a purely rational way and soberly tries to maximize his profit. So is the human being a purely frontal brain controlled rational being?

This very model is now outdated: Economists have simply overestimated the influence of rational decisions. Nobody acts purely rationally. The psychologist Gerd Gigerenzer from the Max Planck Institute for Human Development in Berlin puts it this way: "People make decisions - and now I'm saying something radical, especially for us economists - mostly without calculating benefits and probabilities."

Anyone who shouts at their boss in emotion: “I'm quitting!” Has, for example, let himself be overwhelmed by his strong feelings. These actually come, as it is colloquially, partly from the gut (see info box). These spontaneous outbursts of emotions occur before the trigger (e.g. the frustration with the boss) and the feeling can be properly named. In fact, there is a mixture of feelings of anger, guilt, disappointment and sadness later on.

A core area of ​​the limbic system, the amygdala, fires above all when fear is involved, for example when there is a risk of losing something. In a study, Benedetto De Martino and his colleagues from University College London looked into the brains of subjects with a magnetic resonance imaging (MRI) scanner who were offered £ 50 and given the choice: if they dropped out at the start of the game, they would get 20 Lb; If they continued playing, they could either win the entire £ 50 or get nothing. The interesting thing: How the question was formulated had a decisive influence on the decision of the test subjects. 62 percent chose risk when they said, "You'll lose 30 pounds if you don't play." When the announcement: "You can keep 20 pounds", however, only 43 percent risked their luck.

Scientists speak of the framing effect: If the same fact is formulated differently, people often make different decisions. The reason: The threat of losing 30 pounds activates the amygdala and motivates you to take the risk - after all, you lose something otherwise. However, the amygdala does not fire when it is said to be able to safely pocket 20 pounds - although the result is exactly the same for the wallet.

In addition to the amygdala, the reward system in the brain is also an early indicator for decisions. This includes, among other things, the nucleus accumbensBrian Knutson from Stanford University offered his subjects in the MRT chocolates for actual purchase. If the test subjects took hold of it, the nucleus accumbens stirred, and did so before the test subjects were even aware that they would consent. If the delicacy was too expensive, however, the island bark fired and obviously vetoed it.

Feelings are often stronger than reason

Feelings also set the tone when we perceive something to be unfair. This was discovered by a team led by Alan Sanfey, today at the Donders Institute for Brain, Cognition and Behavior at Radboud University Nijmegen, in 2003. A player received a sum of money and had to decide how much of it to give to his teammate. Only if the teammate accepted, both were allowed to keep the money. If the person were to weigh up the prefrontal cortex in a purely rational way, the other player would always accept, because then he finally gets money; if he refuses, he receives nothing at all.

The brain researcher Gerhard Roth from the University of Bremen puts it even more radically: It is not reason that primarily guides our actions, but affects and emotions. This often happens unconsciously. "And then it happens that, when asked: 'Why did you just make that decision?', We piece something together because we simply have no access to the unconscious motives and impulses." But that does not mean that the mind cannot counteract it says Roth. However, this is more likely to happen via detours: the mind would only be able to influence the planning of action by coupling in opposing feelings. If, for example, you have an appetite for a chocolate spread at the breakfast table in the morning, although you actually wanted to lose weight, reason can ensure that the greasy food is left standing. According to Gerhard Roth, there are no rational decisions, only rational considerations.

But it is not always feelings that guide us, says the psychologist Gerd Gigerenzer: Behind many “gut decisions” there are often simple rules of thumb and empirical values ​​that greatly simplify life. As an example, he cites the attempt to catch a ball: Nobody will calculate the point of impact of the ball based on trajectory, air resistance, wind direction and so on - instead, he fixes the ball with his eyes and tries to keep the angle of vision constant while running . That'll automatically take it to where the ball is coming down. But also buying the same brand of cat food or following the advice of close friends is based on such experience.

We are often not really aware of this empirical knowledge, "because it is stored in a different data format," as Gerhard Roth says. When making decisions, however, it can be activated, preferably during sleep, or at least by temporarily “switching off”: “Then all previous experiences are scanned and you get a kind of average assessment. This then expresses itself as a lukewarm feeling: For example, 'Yes, I should do that,' says Roth. Especially with complex decisions, this form of intuition seems to be superior to rational consideration (see info box).

Intuition has probably already saved many cyclists from falling: If someone suddenly slips on the bike, they intuitively decide, based on their experience, to automatically steer in the opposite direction - without knowing the laws of physics or thinking through the consequences . However, if you ask people in advance what they would do in such a situation, they usually give completely wrong answers, the implementation of which would inevitably lead to a fall.