Should I root my phone or not

Root smartphone: yes or no - that is the question! 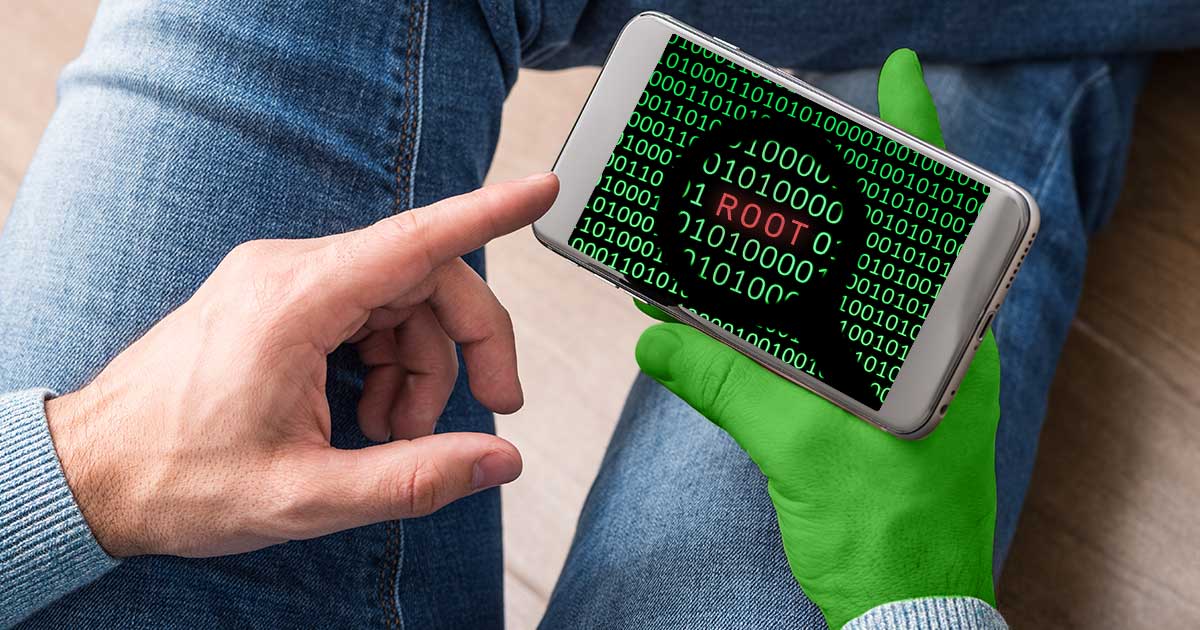 The word “root” should be familiar to many smartphone users. But what are the dangers of a root and is it worth the risk? What can you do with a rooted smartphone? In our guide we explain everything to do with the topic of “rooting your smartphone” and take a closer look at the advantages and disadvantages.

What is a root?

A root gives smartphone users full access rights to their devices. Anyone who has rooted their smartphone can access functions that normal users actually have no access to.

By the way: What is called root on Android devices is called “jailbreak” for iPhones. While Android roots are enjoying great popularity, the iPhone jailbreak is now as good as dead: Gaps in iOS are difficult to identify. If a hacker did manage to do it, the findings are rarely published - they are too valuable. Apple pays hackers a bounty of up to a quarter of a million US dollars for reported security vulnerabilities. As a result, public jailbreaks are only available long after a new iOS version has been released, if at all.

Having full access to your own cell phone sounds tempting, but it does involve some risks. Probably the biggest one is the total uselessness of the smartphone. If something goes wrong with the rooting process, the software can be irreparably damaged. In technical jargon this is called a "brick". A distinction is again made here between hard and soft brick. In the case of a soft brick, the cell phone may still be saved by installing new software. Unfortunately, there is usually nothing left to do with a hard brick. This happens much less often, but it is all the more annoying.

In addition, a root makes the smartphone more susceptible to viruses. After the process, the device is more or less "open" and not optimally protected against harmful software. A major risk factor here lies with the root apps - these are apps that can only be installed after a root. Even if the app seems harmless at first glance, it can infect the smartphone with viruses.

Another disadvantage of a root is the loss of warranty. Even if the cell phone survives the root unscathed: If it later has a defect and the manufacturer determines that it was previously rooted, repairs are no longer covered by the warranty. The device can be unrooted again before a repair, but it is extremely difficult to cover all traces of a root. The manufacturer may nevertheless notice the unauthorized access.

In addition to the risks already mentioned, there are also good reasons for a root - for example after buying a new smartphone. On a new device there are many pre-installed apps ex works, which can neither be uninstalled nor are particularly useful. Especially in devices with an internal storage capacity of 16 GB or less, this bloatware takes up valuable storage space. The problem can easily be eliminated after a root, as these apps can be easily deleted from the phone. And there is already more memory for photos or videos.

Another advantage of rooting is that the current 2018 operating systems can also be installed on older devices that are no longer supported by the manufacturer for software updates. For example, after a root, older smartphone models could be equipped with Android 8.1 Oreo.

Anyone who is an administrator or so-called superuser of their own smartphone can also change or restrict app permissions. For example, you can prevent apps from starting independently in the background, tracking the GPS position or accessing the Internet.

If the hardware of your old phone is still working properly, a custom ROM is a good way to save the money on a new smartphone. If you don't have the necessary technical know-how to deal with the Android Debugging Bridge (ADB), that's no problem. There is a whole range of root programs that take care of all the rooting steps for you: from bootloader to recovery.

With administration tools such as SuperSu, you get full control over all installed applications and can manage them clearly. The app also runs unnoticed in the background - in so-called ghost mode - and logs all activities of apps with superuser rights. Software requirement: Android 2.3 or higher.

The Xposed Installer app allows you to make small changes to your Android phone. Simply follow the instructions that appear. After installing and restarting the app, you can choose from many options: Do you want to change the color of your keyboard? The app makes it possible. Of course, you can not only make visual adjustments. It is also possible to deactivate apps. Software requirement: Android 4.0.3 or higher.

With TWRP you install custom ROMs on your Android phone and make a full backup. On top of that, the application helps you with rooting. The custom recovery can do more than ordinary root apps: The app is not started via Android OS, but directly during the boot process. Advantage: The Android software can be repaired even with serious errors. This tool is intended for tech-savvy users - but the backup application is also helpful for laypeople.

For iOS 11 there is the jailbreak tool "Electra" for iPhone, iPad and iPod touch. For Electra, however, you need a PC, as well as the Cydia Impactor software and an Apple ID. The installation of Electra has some pitfalls. Cydia Substrate, a popular framework for iOS adjustments, is not supported.