What can I do in Costa Rica

Costa Rica sights: what not to miss

Costa Rica's sights are diverse, but the first thing that impresses me is the beautiful nature: it's amazing how incredibly green this country is! Regardless of the direction I look out of the small airplane window on approach, I am either looking at steaming, dark green rainforests or squeaky green meadows. Sometimes on banana plantations and pineapple fields, which add all sorts of nuances to the already almost infinite palette of green tones. Only the tiny little villages in between form a bit of a contrast in the picture with their red roofs.

Somehow I also feel strongly reminded of the beautiful landscapes in Cuba and Belize, where I made a round trip a few weeks earlier. My heart skips and my stomach tingles with anticipation. I love being in nature so much. And Costa Rica will definitely not disappoint me, that much is already absolutely certain! 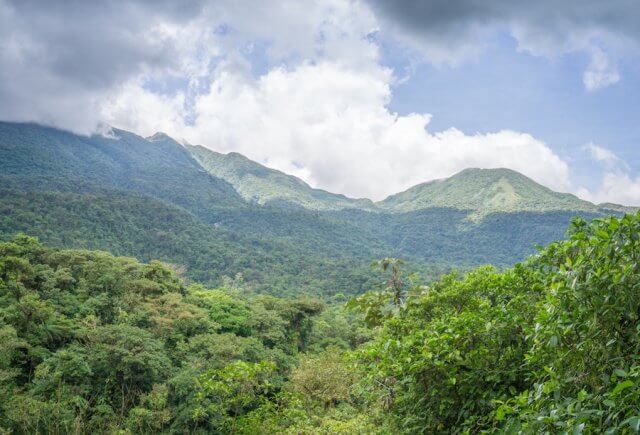 Costa Rica sights: what not to miss

We were in this beautiful country for three whole weeks. We were armed with our own rental car, an incredible amount of anticipation and the determination to discover and experience all the real Costa Rica sights during our time together. And we also wanted to find this mysterious Pura Vida, even if it was somehow not recorded on any map! 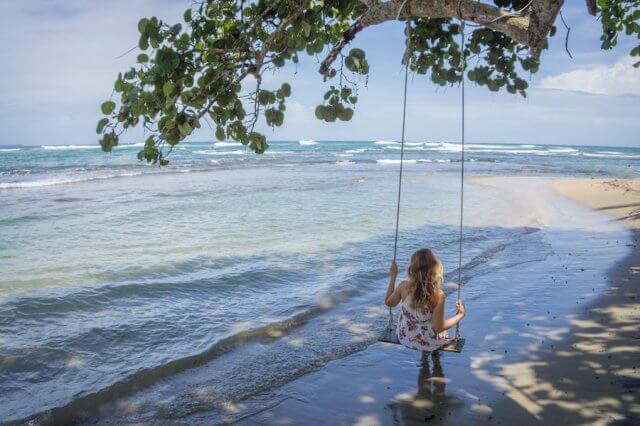 You can now find our highlights and most beautiful moments in Costa Rica here on my travel blog in this post:

After everyone had told me before my trip that San José, the lively capital of Costa Rica, was totally ugly, and that I didn't really want to spend a single day there, I was expecting the worst. As a result, I had almost no expectations of the city. And that was exactly the best thing that could have happened to me, because it was surprisingly easy and easy for me to enjoy the magnificent colonial buildings and the colorful, lively streets of San José. 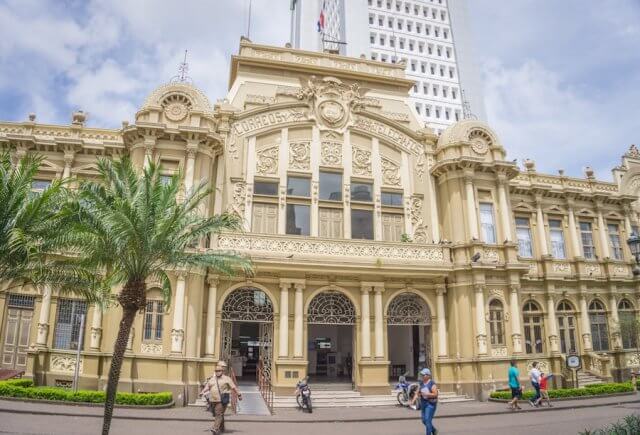 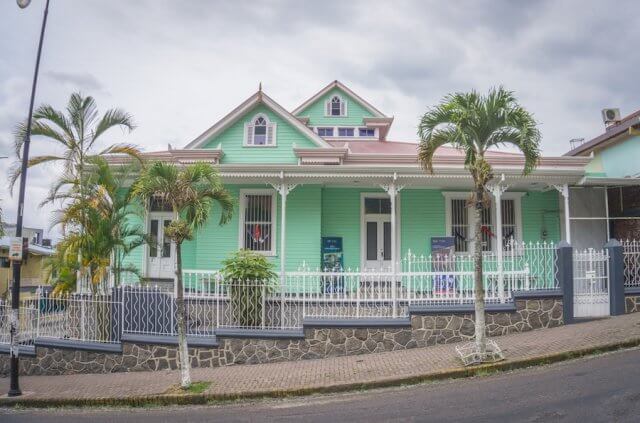 On one of our long walks through San José, we stumbled upon several absolutely cute cafes that you could find in every hip city such as New York or Las Vegas: Snicker cake, marshmallow cake, freshly squeezed smoothies and iced latte with Irish cream , we were absolutely thrilled! 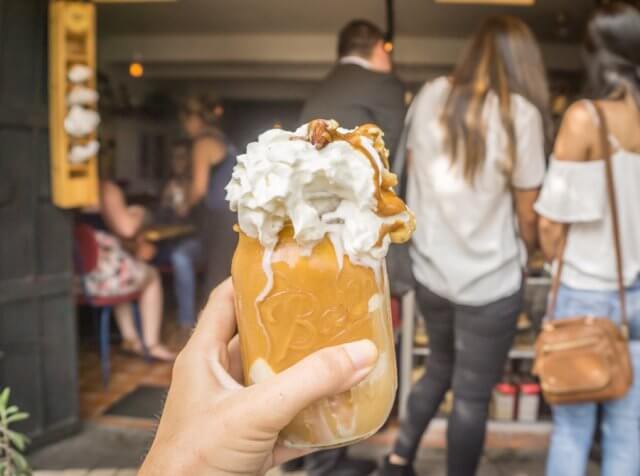 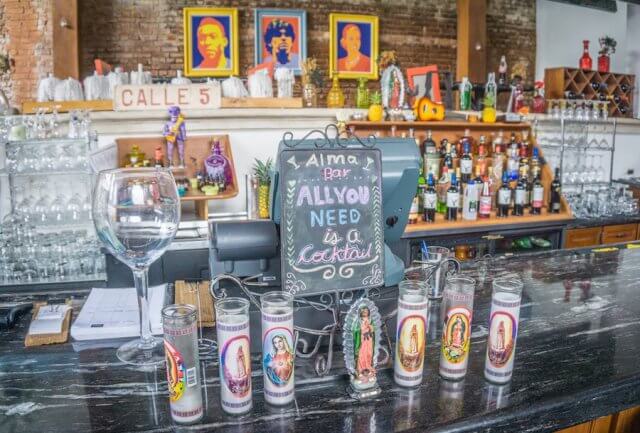 San José is clearly not a classic beauty. You have to search a bit for the highlights, but they are definitely there! Decide for yourself whether you would like to give the city a chance or would rather set off into the untamed nature of Costa Rica! 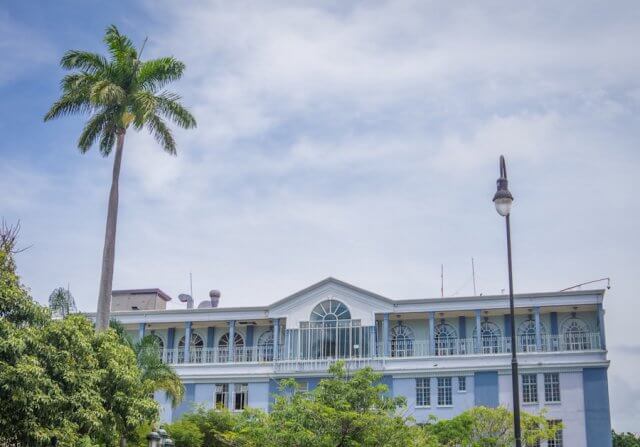 The really beautiful and at the same time totally fascinating Tortuguero National Park in Costa Rica is one of the many green lungs of the country. It is located directly on the Caribbean coast and really enchants everyone with its fabulous and absolutely pristine nature.

The steamy, dense rainforests often come right up to the velvet, ocher-colored beaches. With a bit of luck you can spot sloths in the ancient trees, and the shimmering blue, giant butterflies called "Blue Morpho" flutter everywhere through the winding waterways and lagoons. So beautiful, believe me! 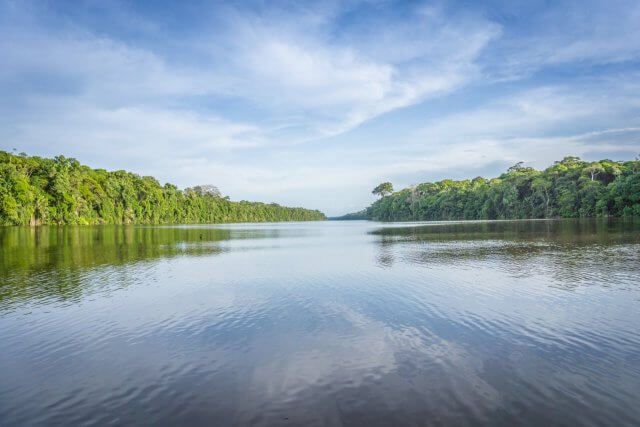 We lived in one of the lodges in the middle of the park, strolled through the small, colorful Caribbean village of Tortuguero in the warm light of the afternoon sun and watched giant turtles laying eggs on the beach at night. At this point in time we could have sworn that these experiences could hardly be topped! 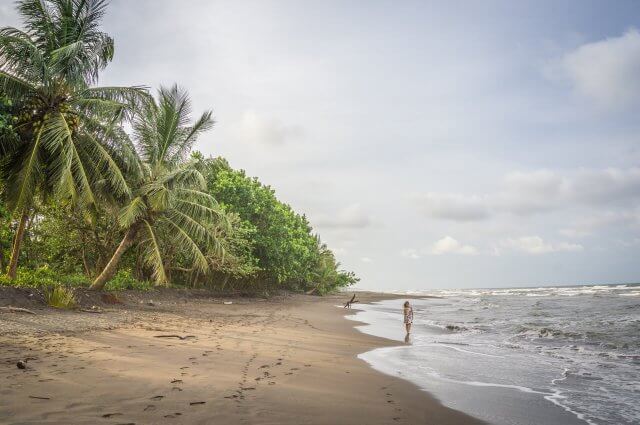 Puerto Viejo: Caribbean charm and surf vibe at its best

In Puerto Viejo we found it for the first time, the famous Pura Vida of Costa Rica. Or rather, it found us. Sitting in the surf in a bikini on the beach and watching the sunset. It came all of a sudden in the form of a couple selling freshly mixed mojitos on the luggage rack of a bright yellow bicycle. Just wonderful! 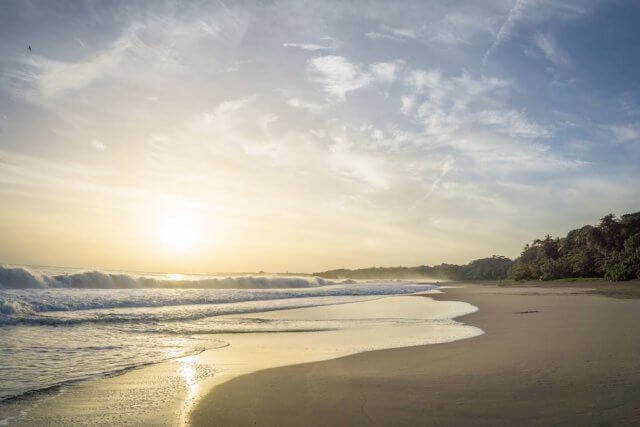 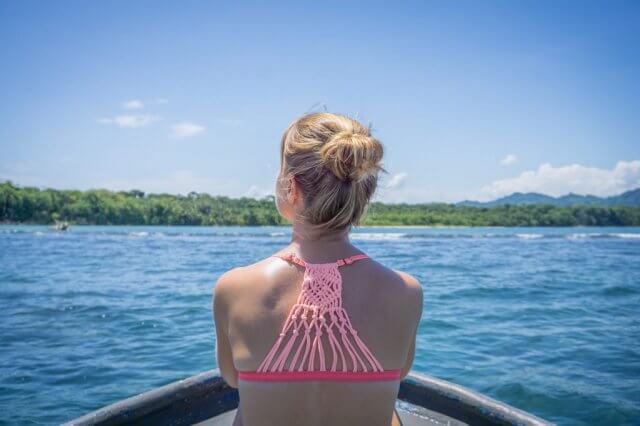 Hach, Puerto Viejo. The whole place is brimming with charm. Pure Caribbean charm to be precise. And reggae. You can really hear it everywhere in the streets and beach bars. Do you surf Then you can easily borrow a board at one of the numerous beaches and plunge into the thundering waves! And if not, how about your very first lesson? 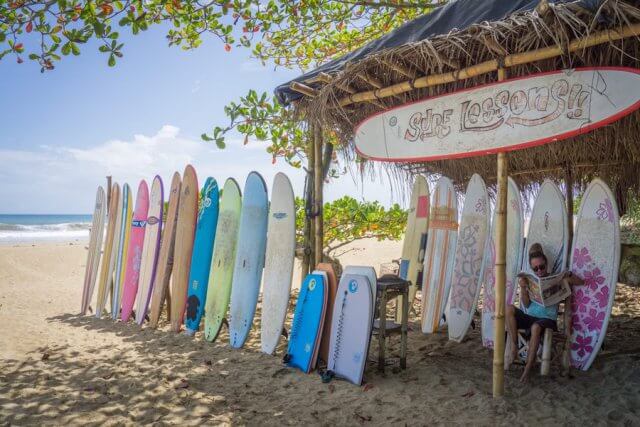 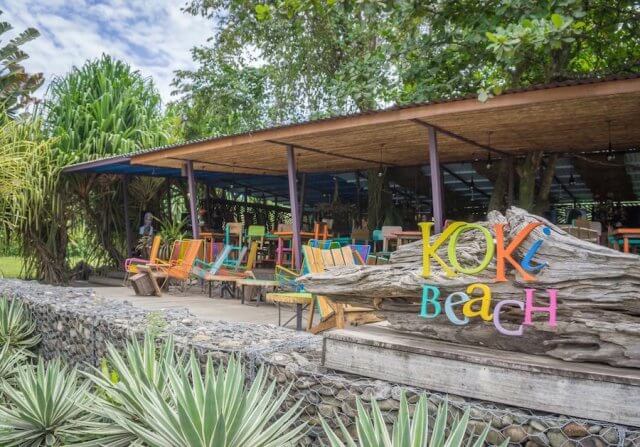 We spent almost a whole day in the Cahuita National Park north of Puerto Viejo. Here you can go animal observation on an approximately 7 km long and magically beautiful path directly behind the white beaches in the pristine coastal forests: sloths, monkey families and pure nature! 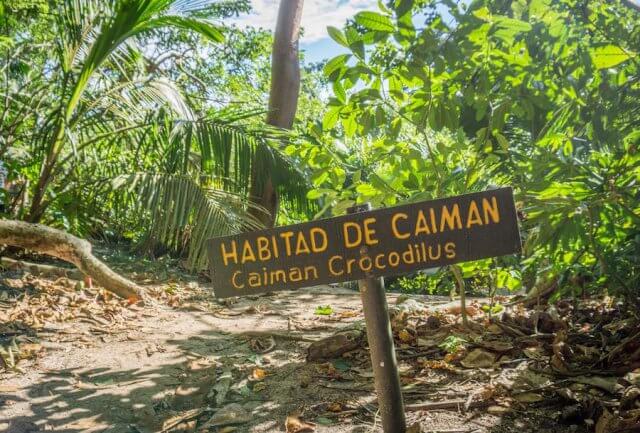 We were able to discover beautiful and fascinating creatures thanks to the trained eye of our guide. Funny monkeys, cute sloths, but also highly poisonous snakes in bright yellow and green. There were also hundreds of giant spiders lying in wait everywhere in their wagon-wheel-sized webs. 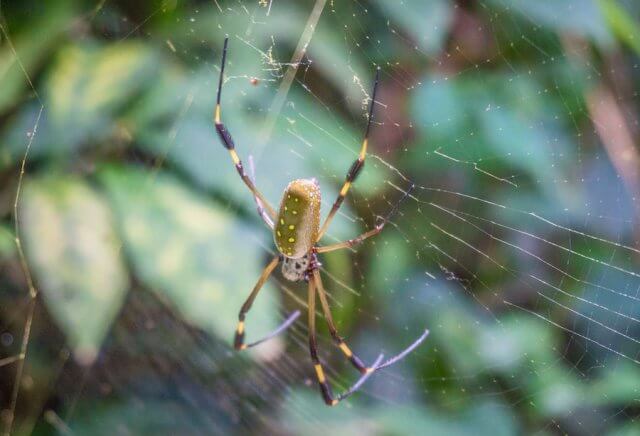 My highlight were the unbelievably green lizards that scurried wildly in the thick undergrowth. 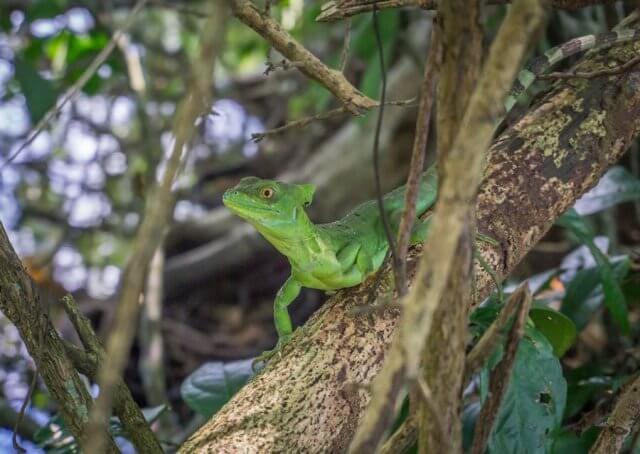 La Fortuna and Arenal: The most beautiful volcano in Costa Rica

When we first arrived along the long main street of the small town of La Fortuna in Costa Rica, and the mighty Arenal volcano towered majestically in front of us in the soft light of the setting evening sun, we suddenly realized what a special energy here above it Place lies. 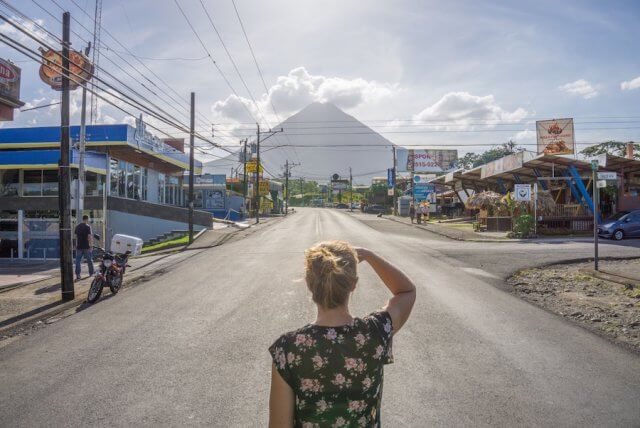 And we were incredibly lucky for the next two days. The still active volcano was mostly unveiled and clear to us. Not hidden behind thick fog and fat clouds, as is so often the case. We were happy about it like children and took countless photos! It was so nice that I wrote my own article about it: Costa Rica Volcanoes and Cloud Forests. 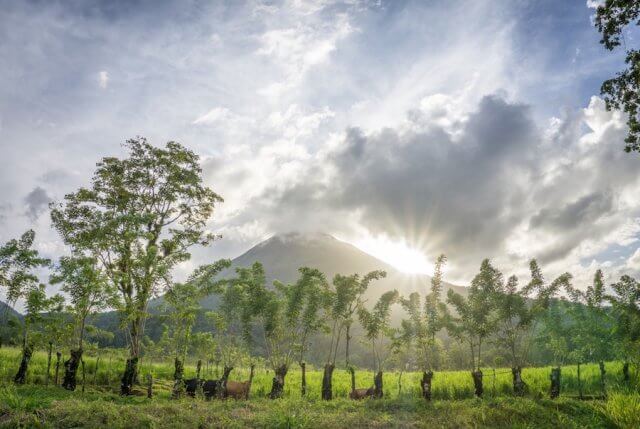 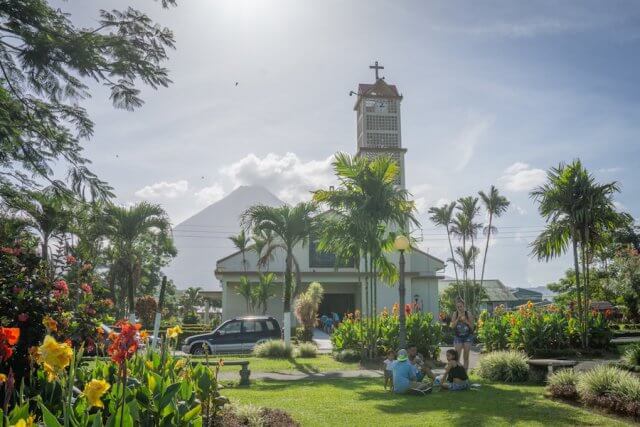 Even from our accommodation, the super beautiful Montaña de Fuego, we mostly had a completely unobstructed view of the volcano. Even when you wake up early from bed! 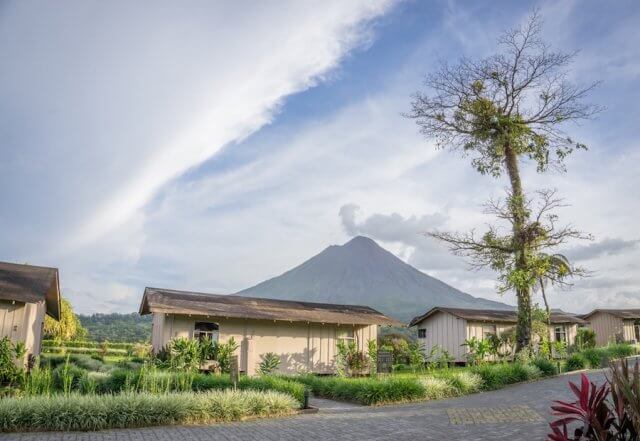 In the evergreen area around La Fortuna there is of course a lot more to discover: For example the magical La Fortuna waterfall. The view from the viewpoint is one of the most spectacular I've ever seen. 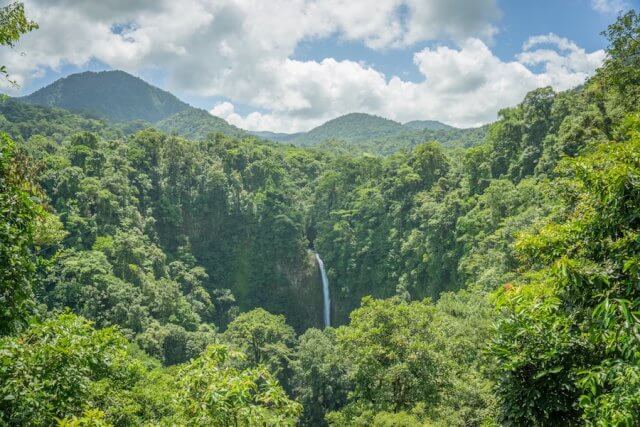 If it weren't for a huge restaurant right behind you, and if you didn't hear all the other tourists chattering excitedly, you might think you were standing in the middle of the wilderness and had hiked several miles on unpaved paths through the deepest jungle for this view .

The next few days we drove with our rental car across the beautiful inland of Costa Rica. Luminous green meadows, lush fields and mighty mountains shaped the picture. Including, of course, one or the other volcano. Just what you would expect from Costa Rica, right? We could hardly get enough of this picturesque landscape. Insanely beautiful! 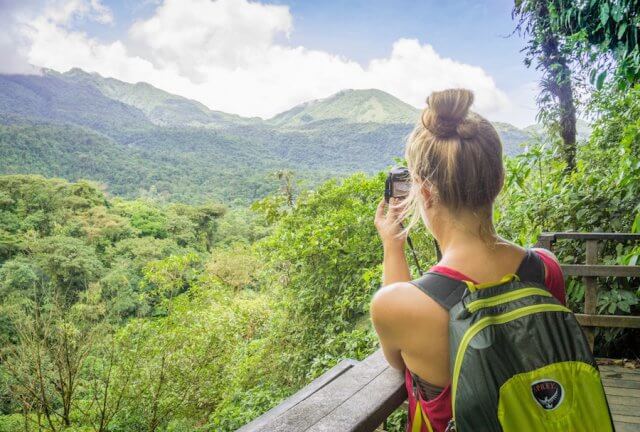 In the relatively small Tenorio National Park we hiked between ancient trees on adventurous paths to the bright turquoise-blue Rio Celeste. In a tiny clearing in the forest, two crystal clear rivers flow together and unite as if by magic to a very light turquoise blue.

It almost looks like someone dumped a bucket of paint into the water. The Ticos find somewhat more poetic words: After God had finished painting the sky, he washed his brush in the Rio Celeste. Yes, I think that's really apt and very nicely worded! 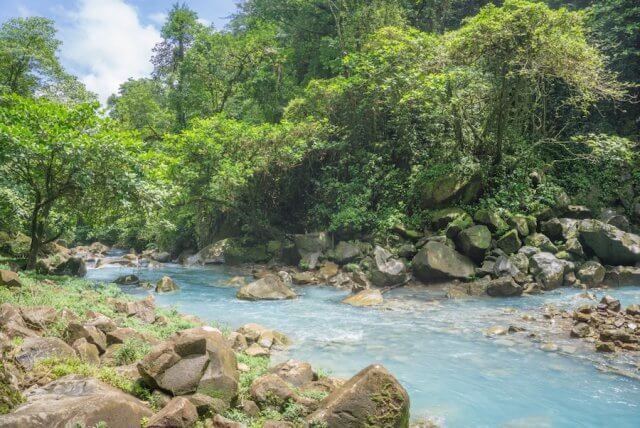 You can hike to the confluence of the two clear rivers as well as to the magical waterfall. There is also the Laguna Azul. Boiling hot water gushes out of the earth on this light blue lagoon and it smells a bit of sulfur. 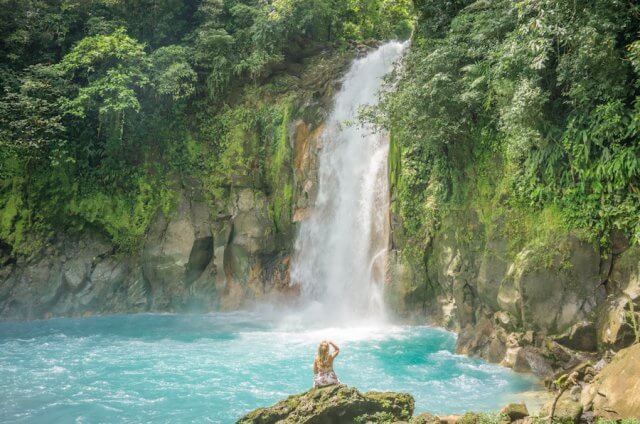 If you are still looking for nice accommodation near the national park, then you should definitely take a look at the Tenorio Lodge. The bungalows have a huge picture window right in front of the bed with a view of three volcanoes and are in the middle of nature. We really felt very comfortable there!

Cloud forest. Cloud forest. Can a single word actually describe the magic of a special place even more? Hardly for me. No matter whether you cross one of the numerous suspension bridges of the Monteverde cloud forest with careful and reverent steps, or fly through the mighty treetops attached to a steel cable: This forest is guaranteed to cast its spell over you. 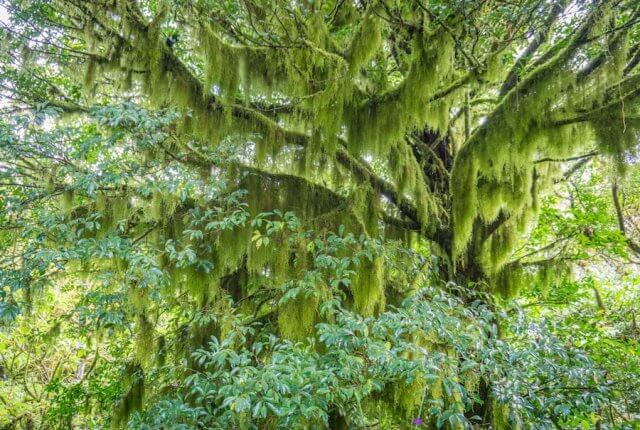 During our last days in Costa Rica we relaxed again on the beautiful, and thanks to the low season, almost deserted Flamingo Beach on the Pacific coast of the country. We discovered a small, totally rustic restaurant right on the beach. With toes buried in the warm sand, we savored the last Gallo Pintos and reviewed the most beautiful moments of our trip. 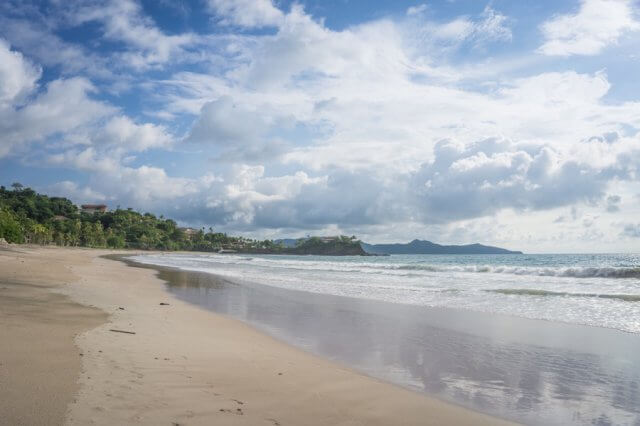 My absolute highlight at Flamingo Beach were by far the breathtakingly beautiful and incomparable sunsets. Fire-red and at the same time also in light yellow, bright orange and soft pink, the sky shone every evening for almost half an hour before the darkness of the night enveloped everything. Costa Rica, you have enchanted us all along the line! ♡ 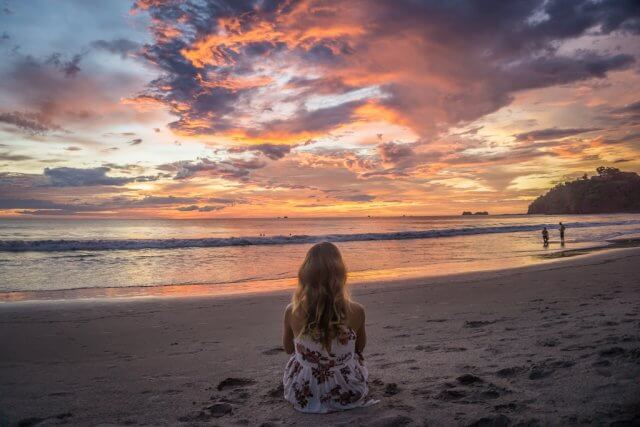 Have you ever been to Costa Rica? Which sights did you particularly like? I'm really looking forward to your comment here on my travel blog!

Are you looking for even more travel tips?

* This article was created as part of a research trip with Shoestring Reisen. I was completely free in the implementation of the journalistic content and my opinion is, as always, my own. There are a few promotional links in the article. If you book or buy something through this, I get a commission. However, the final amount always remains the same for you. Thank you! 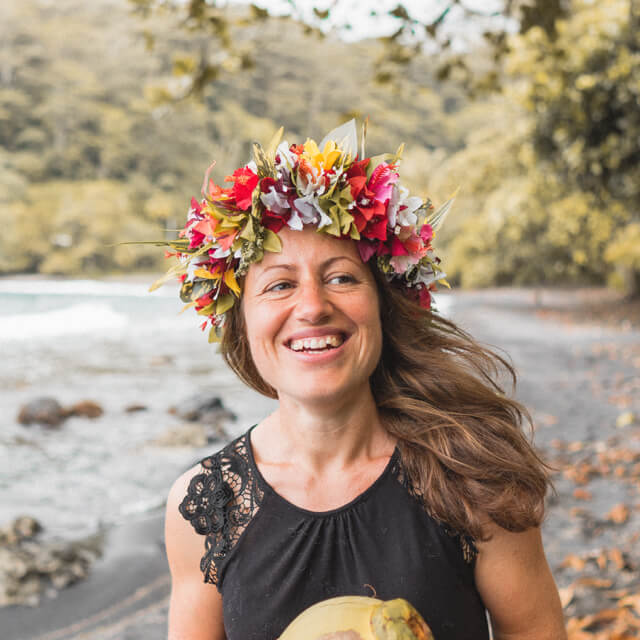 Hey, my name is Melanie. I love traveling and these very special goosebumps moments just about everything. I'm also addicted to Vitamin Sea, coconuts and the smell of fresh summer rain!