The power plant is located in a region that was hit by the 2004 tsunami in the Indian Ocean. "Back then, the water penetrated all the way to the reactor site," says P.K. Sundaram. "A nearby village was completely destroyed. The residents were then relocated, closer to the reactor."

Sundaram works for the Coalition for Nuclear Disarmament and Peace (CNDP) in the capital New Delhi. He is part of a protest movement that has been demonstrating against Kudankulam for more than a year. The trigger was the reactor accident in Fukushima, Japan. 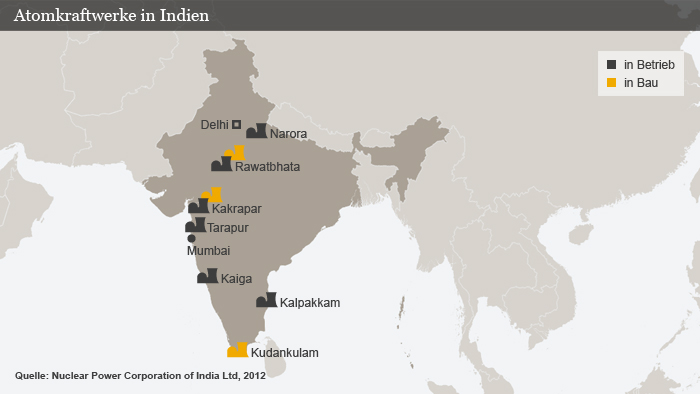 Fukushima as a trigger

"On the southern tip of India, mainly fishermen and farmers live," says Sundaram. The protests began in the summer of last year when the government announced that it would soon be commissioning the reactor. "There was an emergency drill with loud sirens, the residents were told to run away from the reactor quickly. The people all still had images of Fukushima in their heads and they knew how dangerous nuclear accidents can be."

Since August 2011, the demonstrations by fishermen and farmers have turned into a protest movement that is active across the country. "There were demonstrations with more than 20,000 people everywhere - in Kudankulam, in Chennai, even at sea," says Sundaram.

The demonstrators accuse the Indian government of using outdated technology and not complying with applicable safety regulations. Kudankulam is not yet operational, but it is an old project. The contract for the construction was signed back in 1988, between India and the then Soviet Union. Because of the political upheavals, nothing happened for a long time.

"Too old, too insecure"

There are now outdated reactors from Russia in Kudankulam, says Sundaram. "In addition, there were no strict requirements for environmental protection and safety in India in the 1980s, they only came into being later. The Indian government is now saying that these laws would not apply to Kudankulam because they were still in place when the contract was signed were not in force. "

The state-owned Nuclear Power Corporation of India, which operates Kudankulam and other nuclear power plants, refused to speak to DW about the allegations. B.K. Chaturvedi, who is responsible for the energy sector in the Indian government's planning committee, rejects the criticism. The assessment of security, Chaturvedi told DW, should best be left to the experts. "The nuclear power regulator has to assess whether the power plant is safe. And they have come to the conclusion that everything is extremely safe. There is no problem at all." 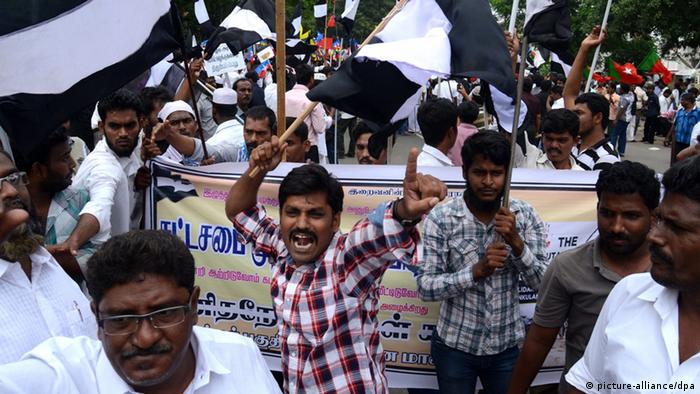 Opponents of nuclear power at a demonstration in Chennai, capital of Tamil Nadu, on October 29, 2012.

The Indian government cracked down on the anti-nuclear demonstrations. Two people were killed and 120 have been in prison for months, says activist Sundaram. "The government is afraid that there will be protests at other power plants if it gives in now."

Six nuclear power plants with 20 reactors are in operation in India, three power plants are under construction and more are being planned. According to the planning commission, the generated energy output is to be increased significantly in the next ten to 15 years, from currently 4.7 to up to 30 gigawatts. But what will happen to the radioactive waste is still unclear; there are no plans for a nuclear repository.

Nuclear waste is "no problem"

"The supervisory authority sees no problem at the moment," says Chaturvedi of the government's planning commission. "We try to recycle the generated nuclear waste. In addition, precautions have been taken to ensure that the nuclear waste is safe. The total capacity is still small, so that is a minor question for us at the moment."

In a message of solidarity to the Kudankulam opponents, the well-known writer Arundhati Roy mocked that the Indian government had shown itself to be incapable of dealing with everyday garbage: "How dare you say that it can deal with nuclear waste?" 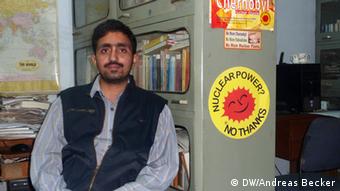 Nuclear opponents like Sundaram also doubt the independence of the Indian supervisory authority. "The nuclear regulator in this country is one of the weakest in the world. It is supposed to regulate the nuclear industry, but reports directly to the Ministry of Atomic Energy. It has no independent staff. All the scientists and experts it refers to come from the ministry or the Industry that they are supposed to control. "

Neither the government nor demonstrators deny that the country has an energy problem. Even in the big cities the power goes out every day. The problem became particularly evident at the end of July 2012 when the power supply in 22 states collapsed due to grid problems and left 600 million people in the dark.

The "biggest power outage in history" is not a justification for even more large power plants, says nuclear power opponent Sundaram. "In the last 20 years, energy production has almost doubled. But the proportion of villages that have no electricity at all remained unchanged at 40 percent."

That is an expression of a wrong growth policy. "All the energy goes to shopping centers, transport projects and large-scale industry. The villages, on the other hand, remain without electricity, as in the Middle Ages." If the government wants to do something for them, says Sundaram, it must focus more on decentralized, sustainable energy production.

Whether the Kudankulam nuclear power plant can go into operation now depends on the judges at the Supreme Court, the highest court in the country. They decide on a complaint by the opponents of nuclear power. According to its homepage, the Nuclear Power Corporation of India expects the first reactor to go online in January 2013, the second to follow in August.